Today’s pop-up, site-specific book tour began at 12:30 at Browser Books; the plan was to revisit the route described in the opening chapter, “Slice of Life,” a real, closely annotated day in the life, in order to make sure that the reader, who had been alerted by the three epigraphs to expect the frustrations of a “novel of ideas”—sketchy main character, vaporous plotting—was aware that the narrative was not going to be trad. 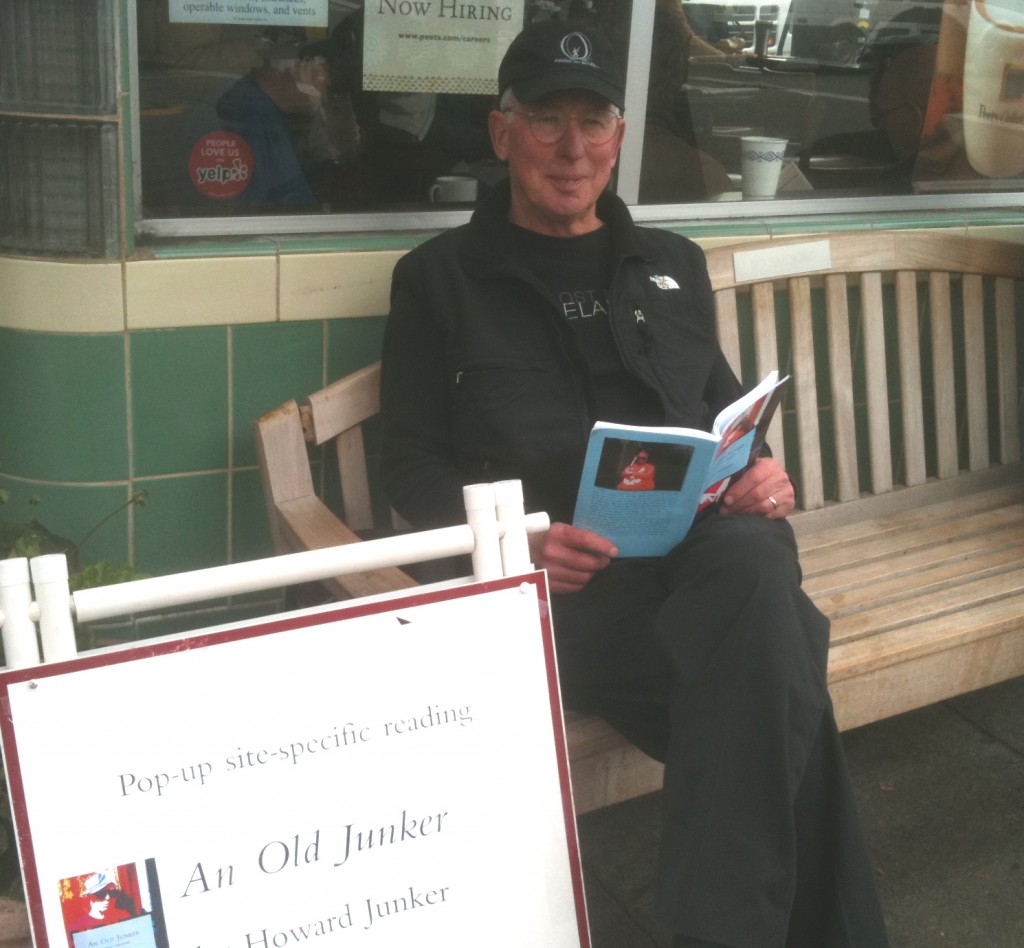 Lucey B., who joined the tour, tried to explain as much to  a gentleman who will remain nameless because he claimed he already had the book, that in fact I was his favorite author. 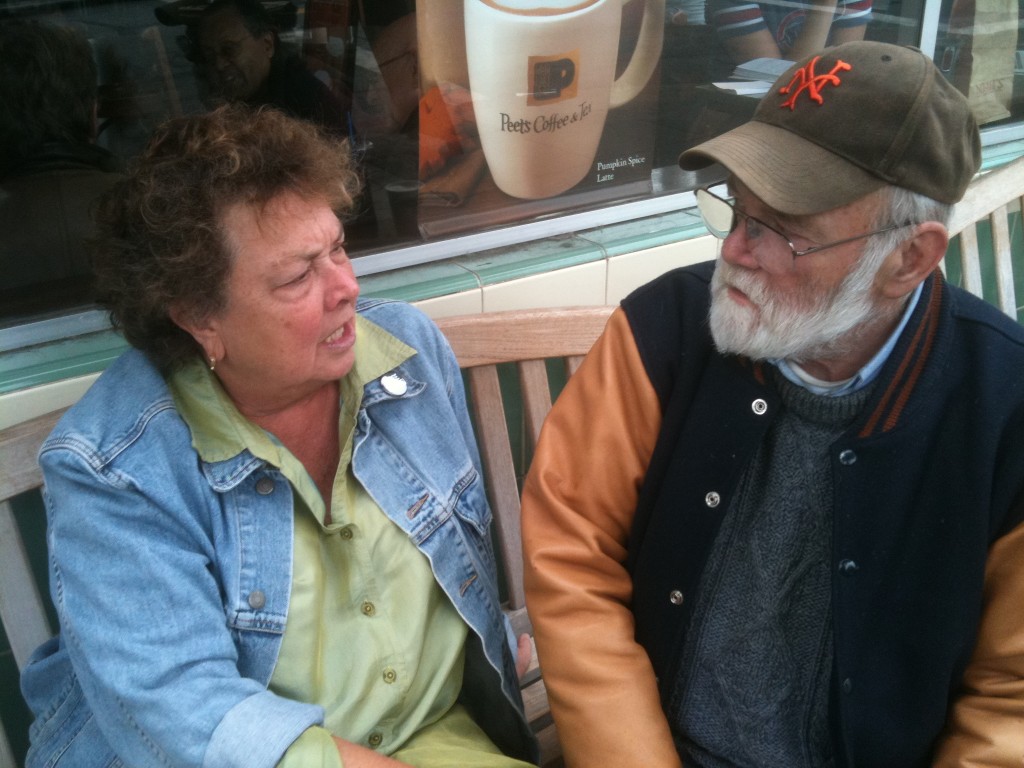 Then I read about running into Dave Rockefeller at the Met and Bob Hughes at MoMA to Tony Meier. 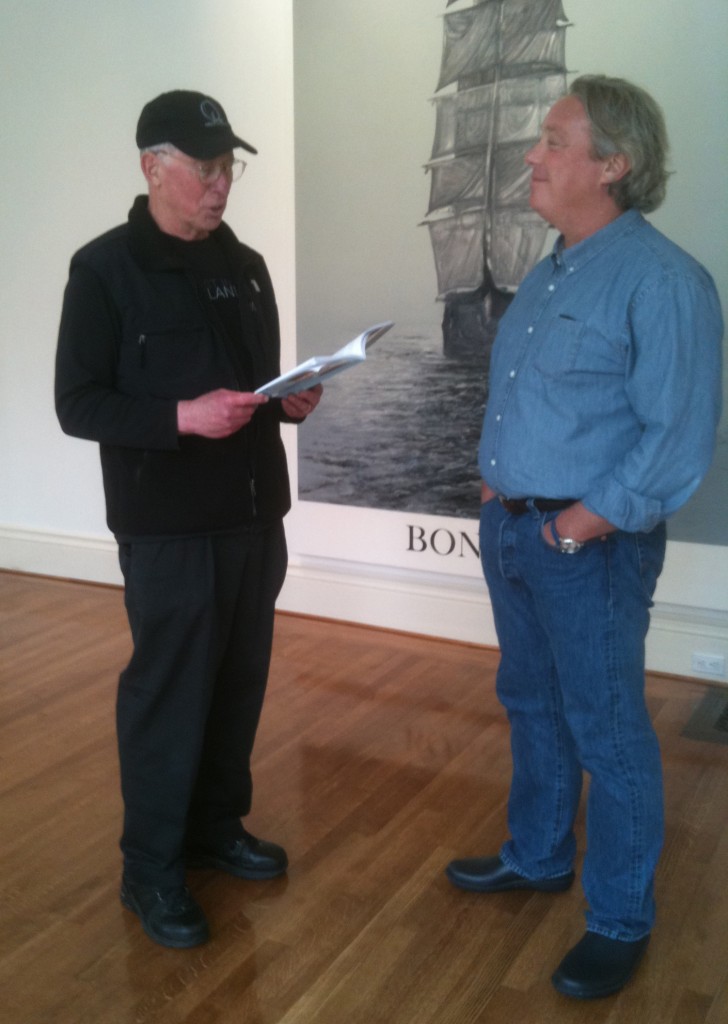 Then grabbed a bite at Baker & Banker. 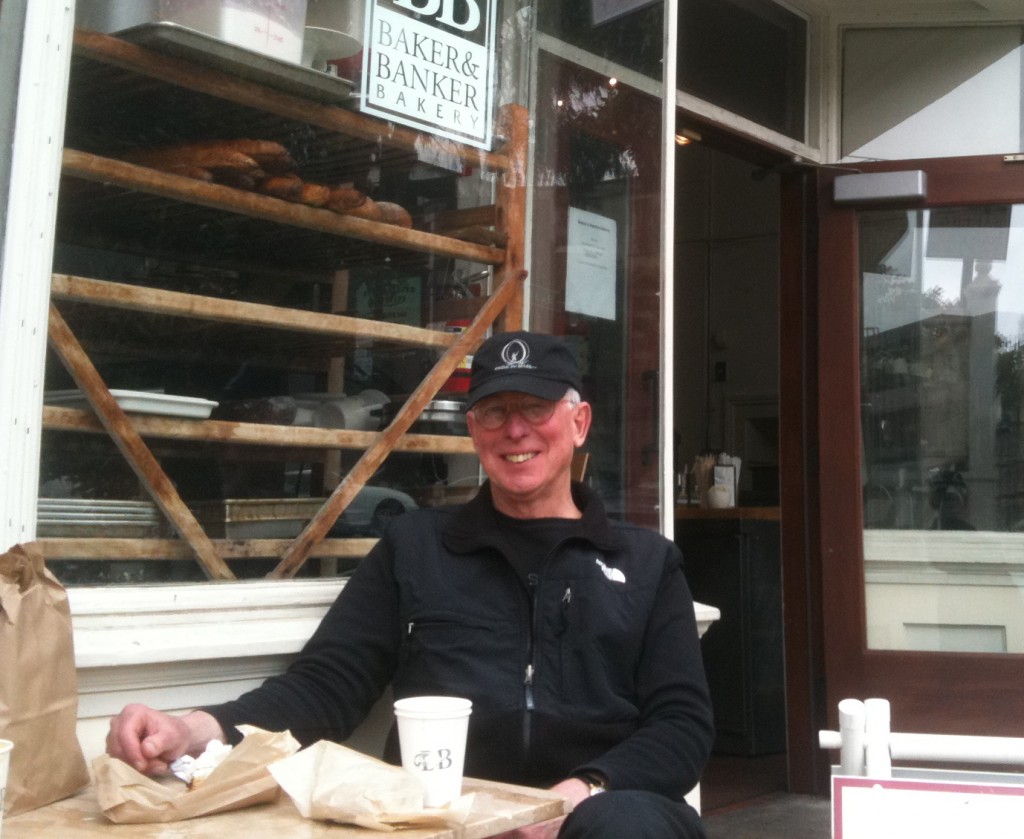 Made cute at New People. 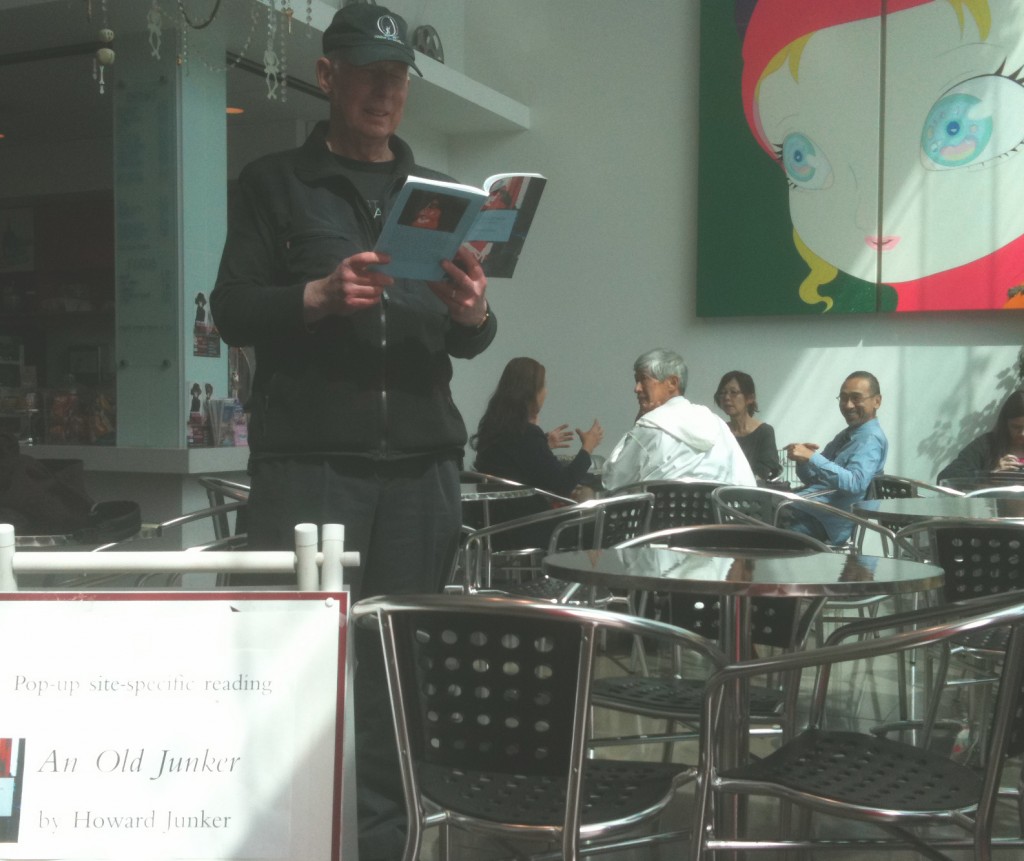 Then, on the 38L, the Geary Limited, read about seeing the Poet Laureate one night when he seemed to be asleep, but was actually reading.