A giant rock found by artist Michael Heizer is being moved, slowly, toward an installation at LACMA.

In August, 1969, I observed his first Levitated Mass in Nevada. Here’s my take on the adventure. 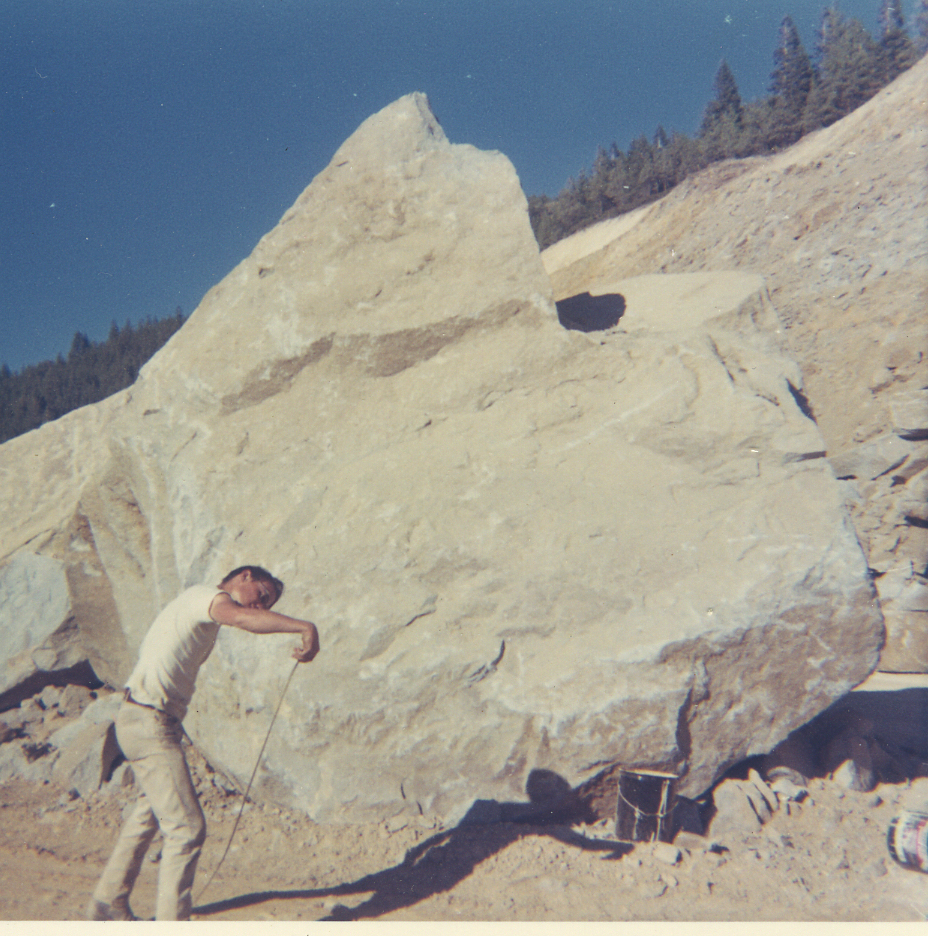 which actually exceeded the rated capacity of the equipment he had rented. 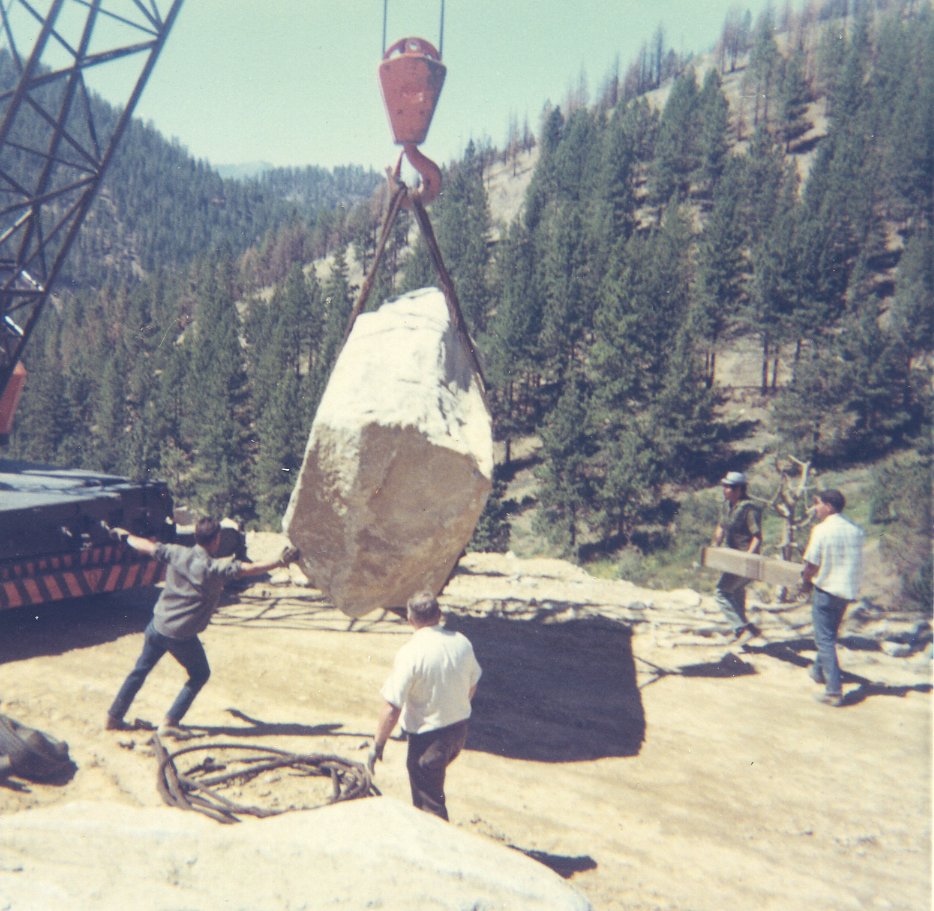 The ditch had already been dug. 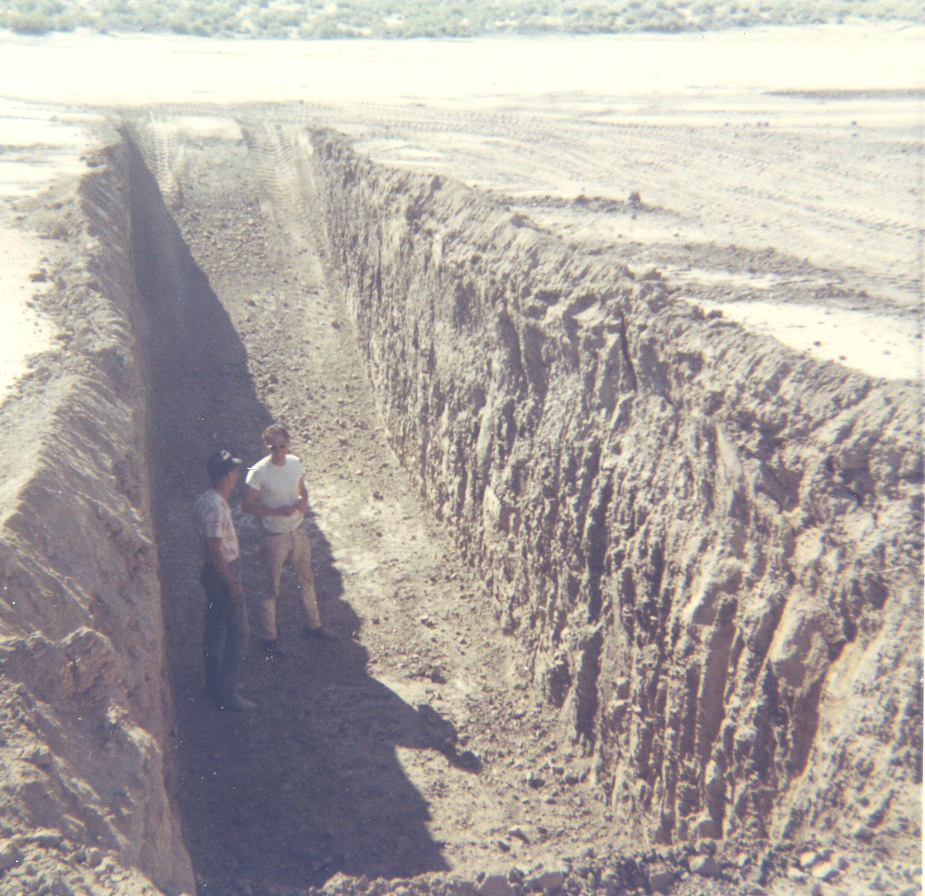 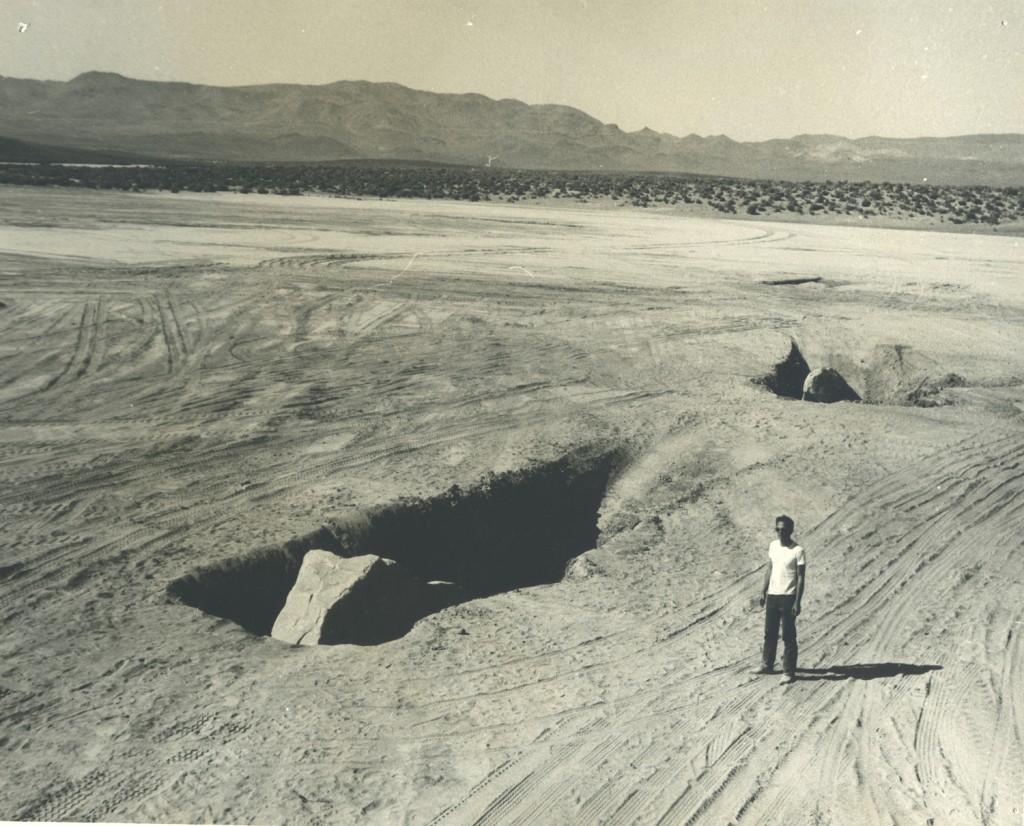 So was his patron for this piece, Robert Scull (shown relaxing with Heizer’s daughter at the Heizer family cabin before the big move. (Don’t you love Bob’s white loafers?) 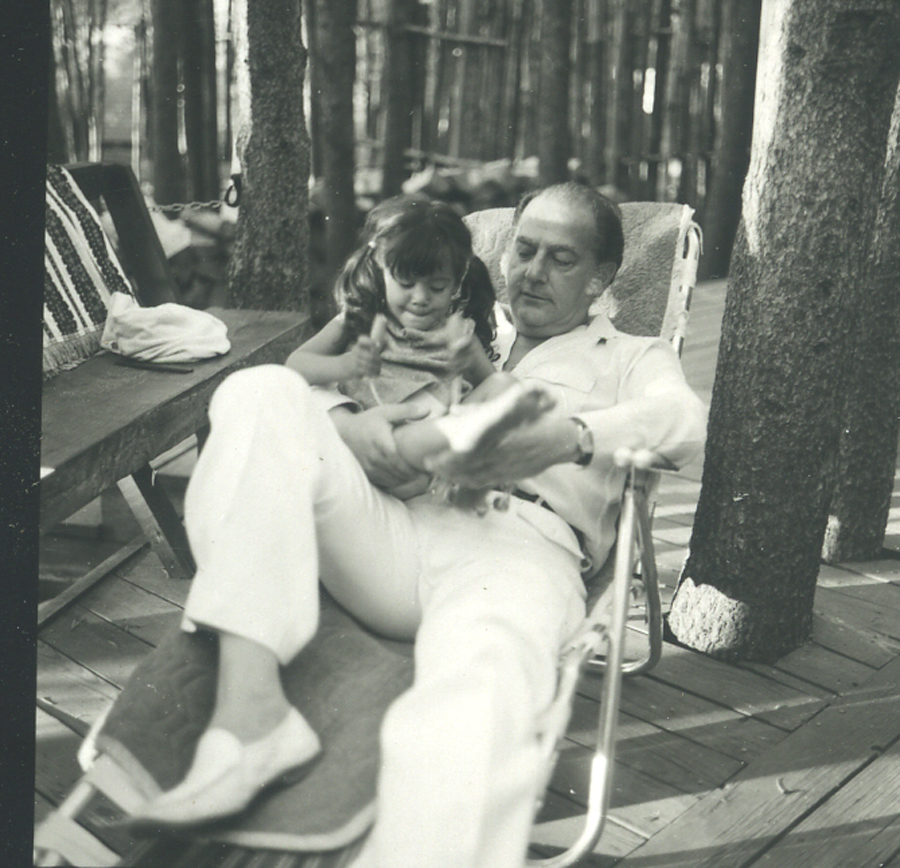