Before installing a Scholar’s Rock in the Turrell skyspace at the de Young this morning, I checked out Barbara Hepworth’s Pierced Monolith with Colour (1965) (the colour is mostly on the other side) 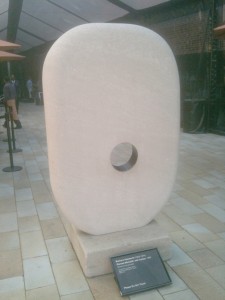 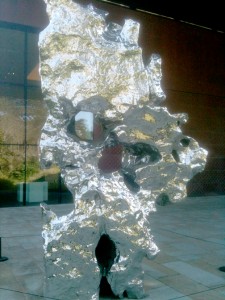 Turrell’s Three Gems (2005) seems, from the museum’s sculpture garden, to be perfectly unobtrusive—it is a mostly subsurface stupa: 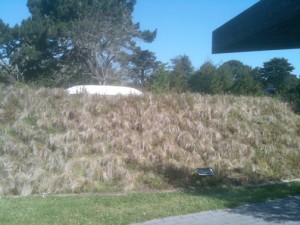 The entrance is Mycenean: 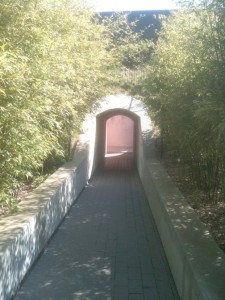 Within, a round, empty room lined by a concrete bench, with an oculus above: 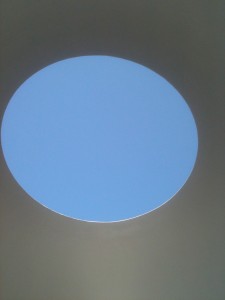 The floor kind of reflects the oculus: 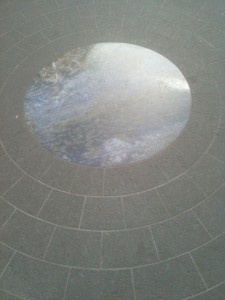 I laid out my materials (75 sq. ft. of Safeway Heavy Duty Foil): 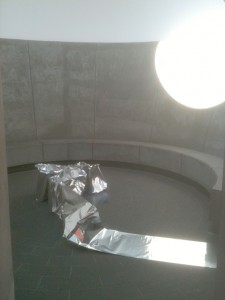 It took shape quickly (Q: How long did it take you to make this thing? A: All my life):

Some sixth-graders on a field trip from Sacramento were my first viewers; their teacher explained that the silver thing on the floor which they thought was cool was probably some art work, and that I was probably the artist. 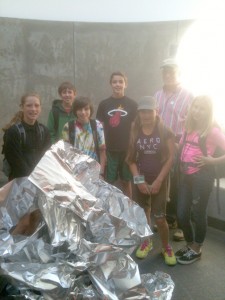 After they left, it was quiet for as long as I could bear it, so I left, too:

I checked back just after five, and it was gone, with only a few dogwood petals in its wake.