After I had invented the fireplace candelabra, 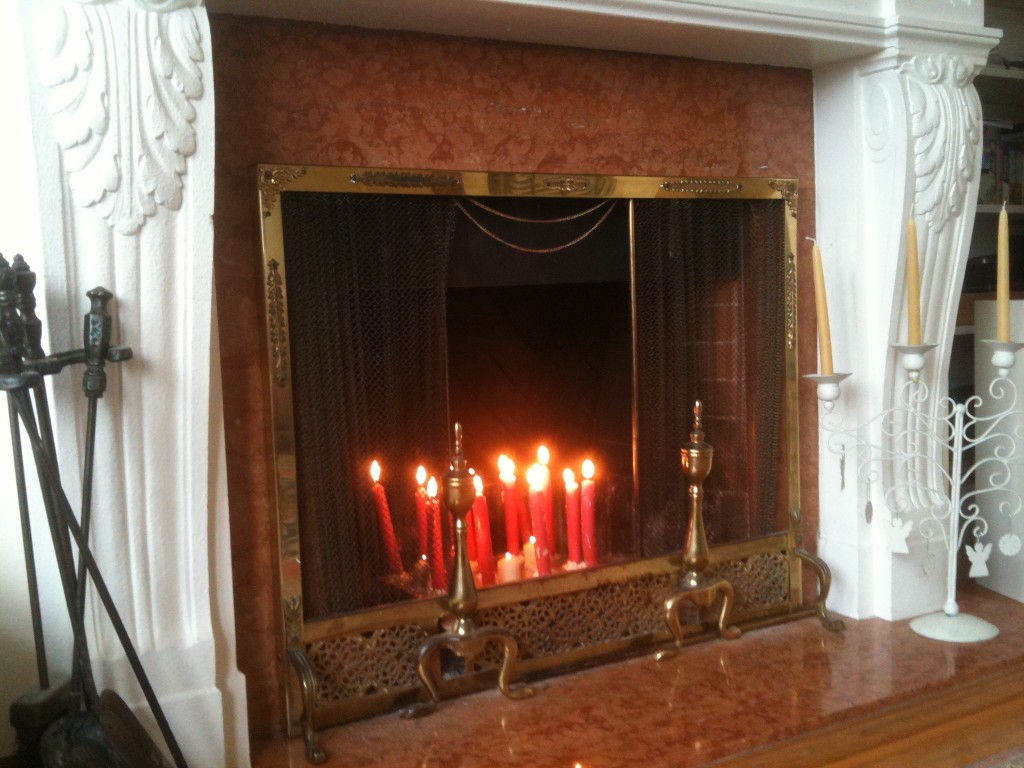 I went online to see what the derivation of “candelabra” might be, and then, just for the due diligence of it, I searched for fireplace candelabra.

Actually, Rozanne is the one who put the thing in the fireplace; I had merely put a bunch of old red candles onto an old mirror.

I was inspired, sort of, by a piece Richard Serra had done in circa 1968, implanting a line of candles in a four-by-four, a piece, he told me as I interviewed him, he was not going to run the table on.