I was a little slow to get started—what was I really going to do? was it really worth it?—but I finally got my act together and, after finding no one I could approach at the Laurel Village Starbucks or Noah’s (I have a good bagel rant)…I went on to Peet’s and told Jeff, who was gobbling his lunch on the bench outside, that I was on a pop-up book tour and might I read him something while he ate?

I was on such a roll that I went inside, and Lance, who was nursing a latte,  asked for something about music, so I read about hiring a teenager on our block  to teach me (on Wii) how to play in a band.

At the Jewish Community Center cafe, I read the same piece to Maro, who actually works in the cafe.

Sitting near the entrance, waiting for her transportation home, Elizabeth was kind enough to listen to my piece about Adam Gopnik interviewing Wayne Thiebaud…at the JCC.

At USF’s M.F.A. in Creative Writing, I read “Great Writers as Teachers” to Program Assistant Lynn Eastman, who promised to buy a copy on Amazon.

Then I faked a reading in the amphitheater outside: 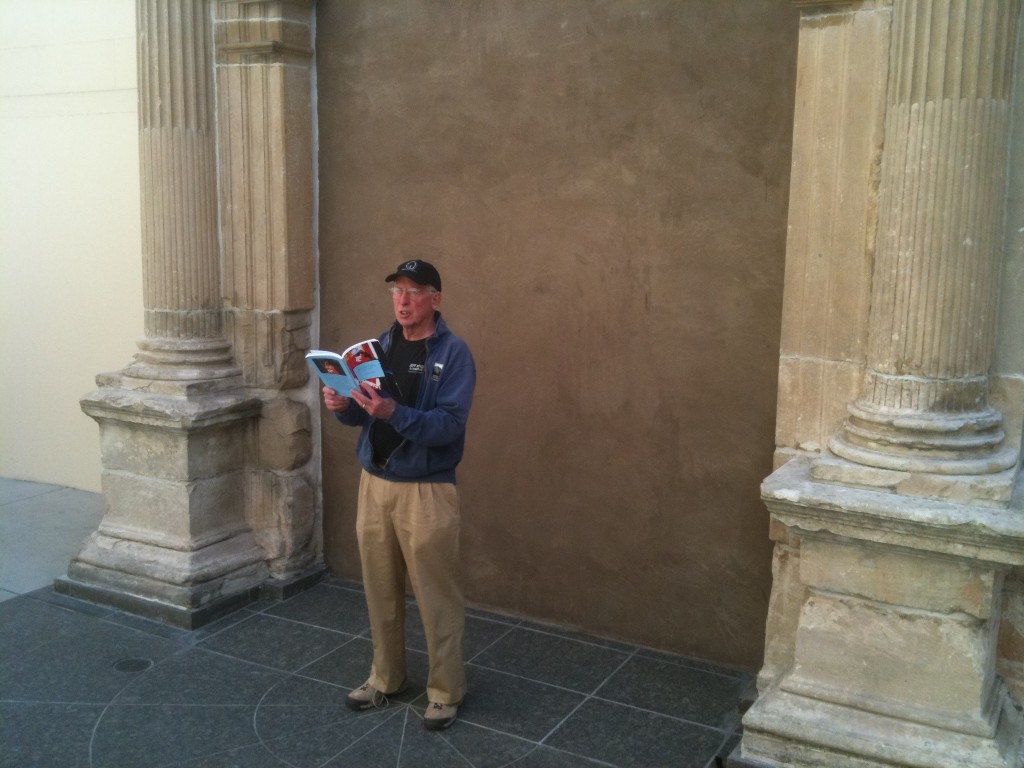 Then, in Gleason Library’s Rare Book Room,  I read about my experience with letterpress printing. Head Librarian John Hawk wondered if I might like to do a real reading there some day. (I had already donated a copy of AOJ to the general collection.)