After another late start, arrived at Ferry Plaza Farmers Market at one. Too hungry to read pieces denouncing foodeism. Had chicken salad sandwich on green onion [bread] and lemonade at Il Cane Rosso. 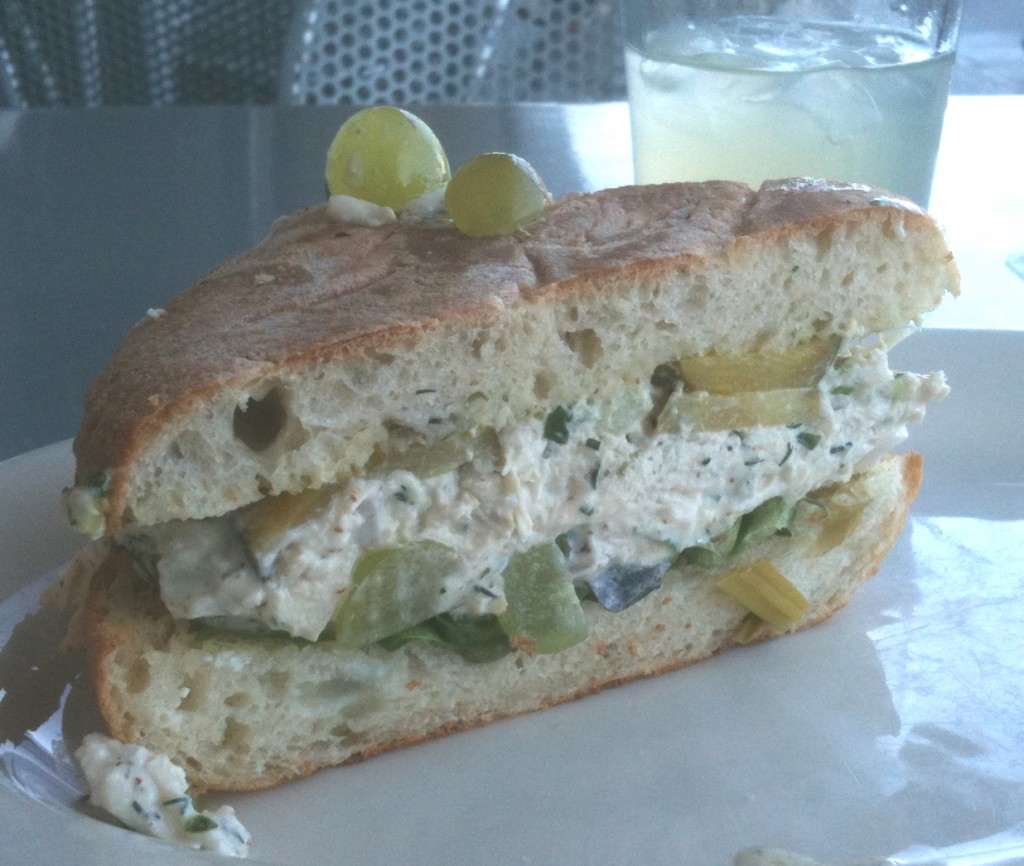 First time at the Thursday market: I hadn’t realized it’s essentially a food court, with no farmers in the back lot with Gandhi, only a single row of vendors on the sidewalk in front. 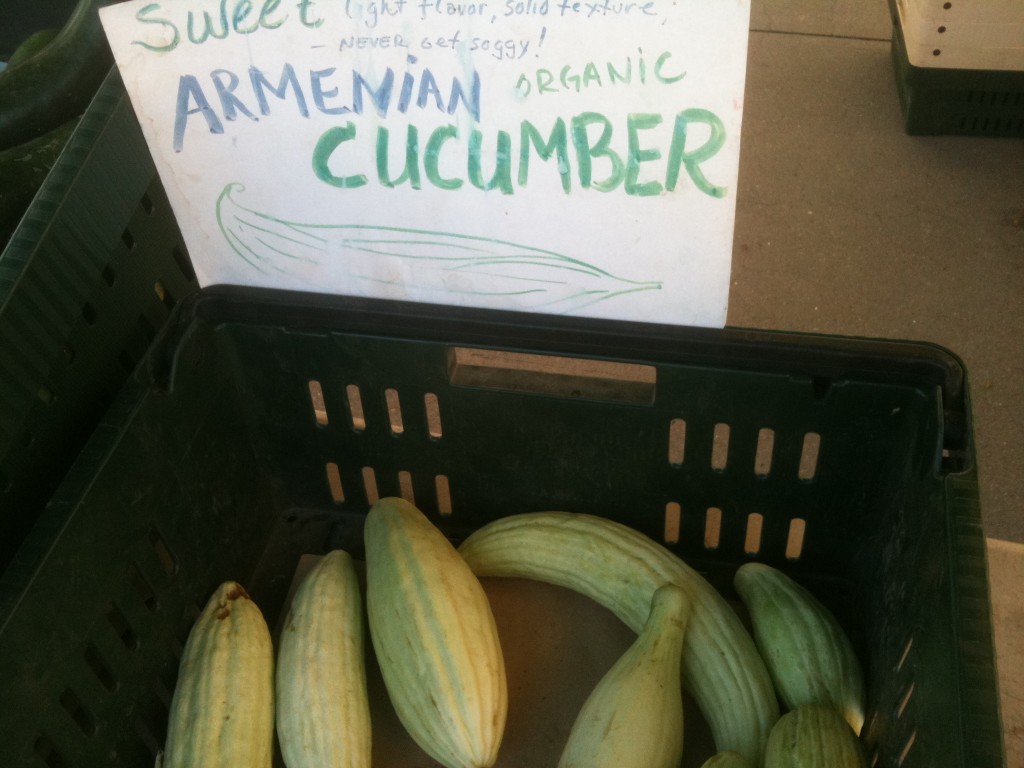 I walked up Market and saw them take away a body bag [a homeless man whose stuffed shopping cart was left behind the bus shelter]. 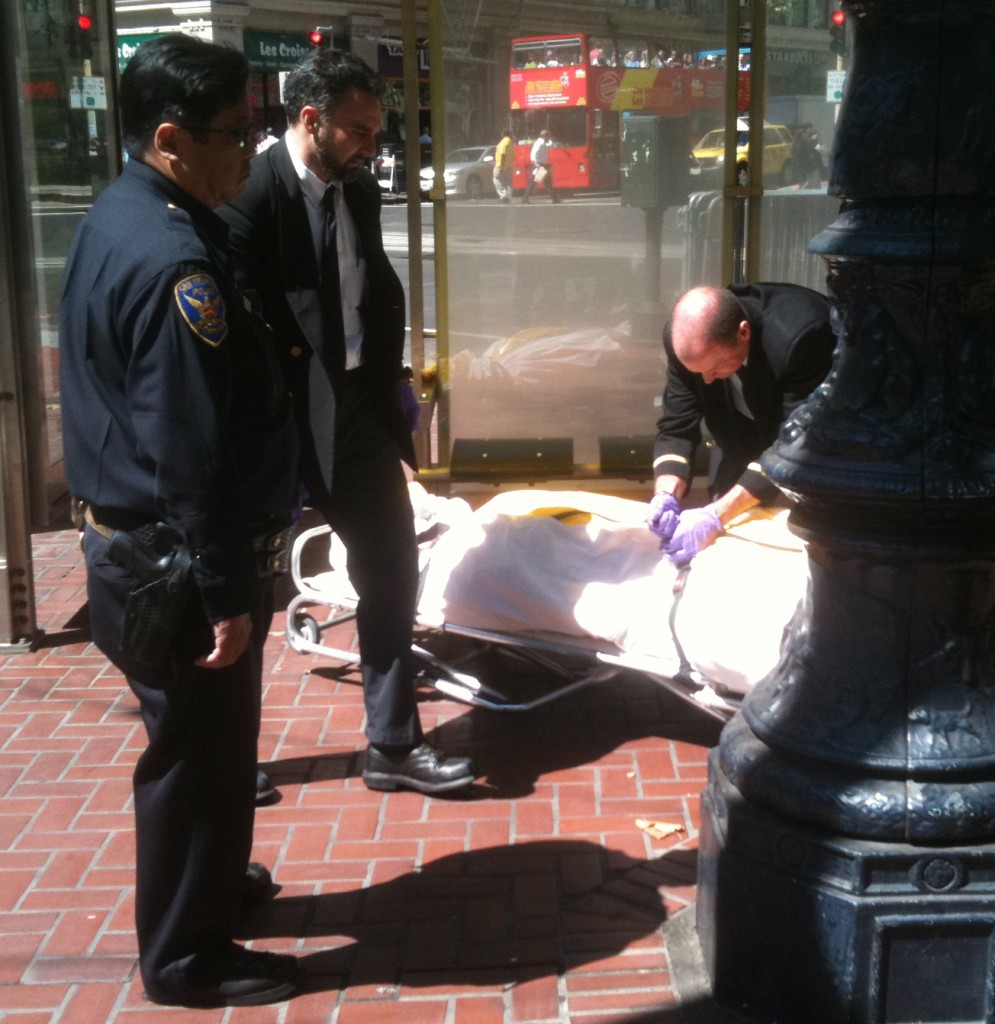 I continued up Market to the Frost memorial and read the piece about my alt.father’s having walked with him in the woods around Dartmouth (and about my own encounters with Frost at Amherst). 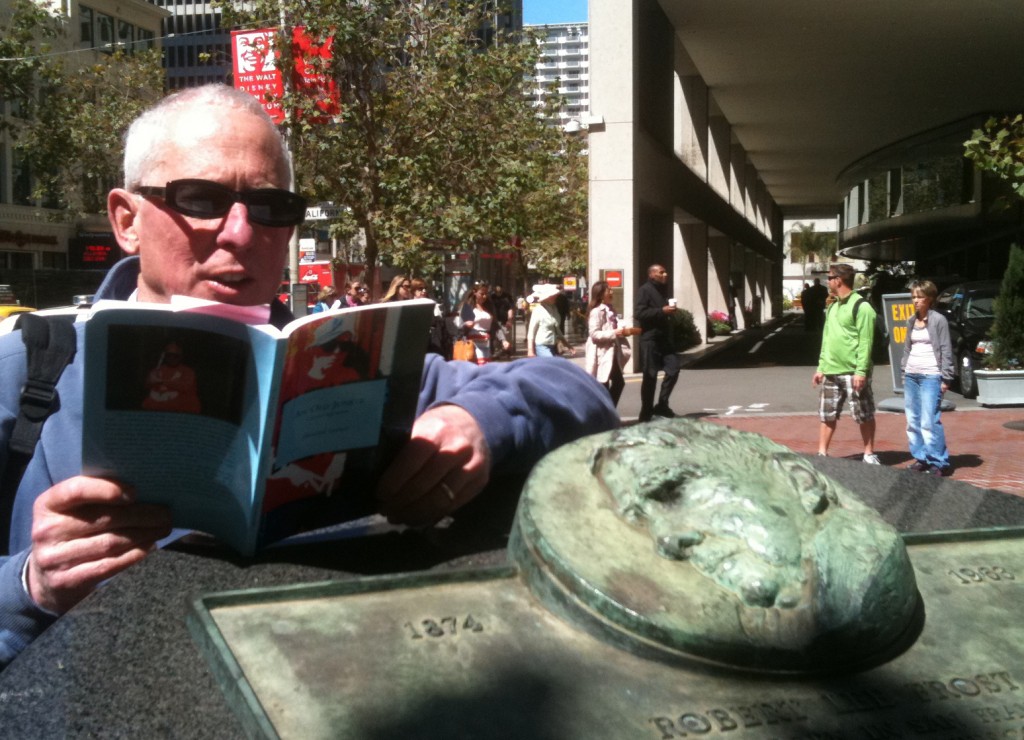 And read the piece about the time when we had no local authors to read at our scheduled reading at the Book Bay and only three people showed up for an audience, so we all went down to the cafe and talked until the guard kicked us out at closing time…to Anna Maria from Hungary, who was about to buy The Future of Love.