started at noon, at Whole Foods on Haight:

Bodie’s grandmother, in town from Kingston, NY, requested something about “the fifties,” so I read her my piece about my classmate Skinny, who had been struck down by polio in ’54. 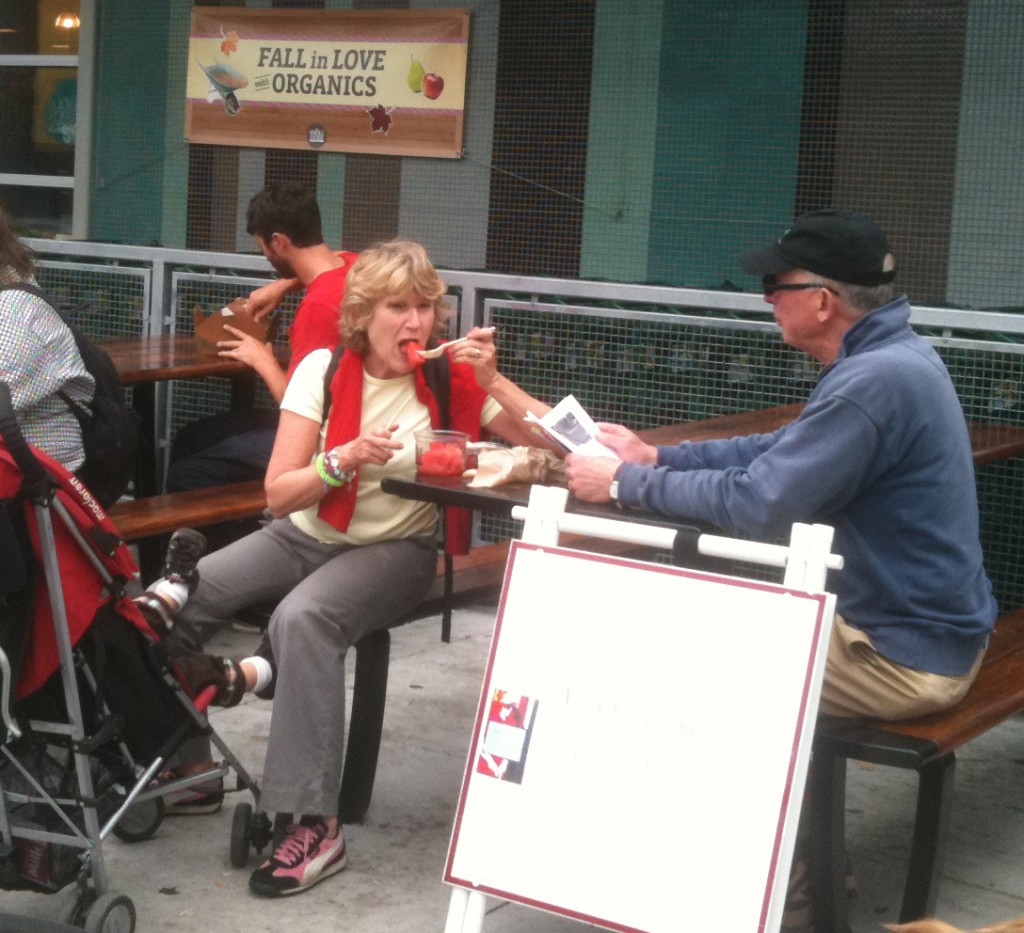 I read my take on hot chocolate to Malik, whose family’s from Palestine; he made me a “Hot Pudding,” which is thickened by steaming—a bit gloppy; afterward, he suggested I might have preferred a “luxe,” which, for a buck, adds a shot of cocoa and is thick, but sippable.

Amy, in town with friends for the bluegrass festival, was browsing Best American anthologies, and agreed to let me read her about a drabble, a story of exactly 100 words. 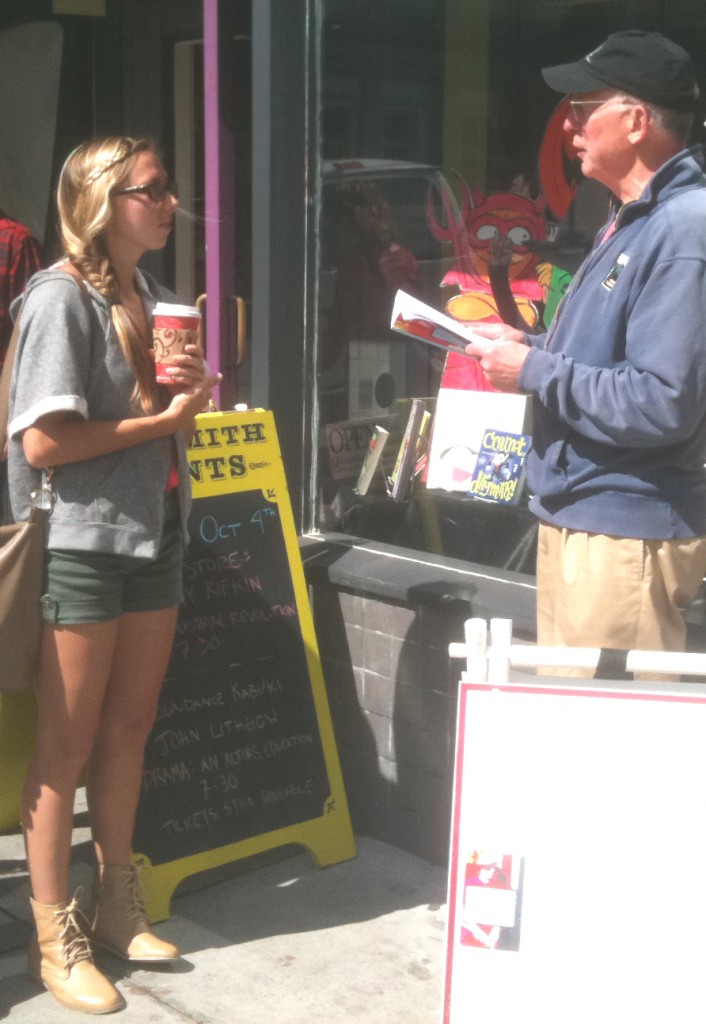 then I passed Matt, who works for a database company, writes freelance jokes, and performs as the one and only cover band for the legendary Bone Thugs-n-Harmony. He asked for something about the President so I read him my letter informing the President that his older daughter had been killed in the dusty city of K…where she had dismounted from her rusty pickup to fire an RPG at a Taliban drone and stepped on a weapon of mass destruction…. 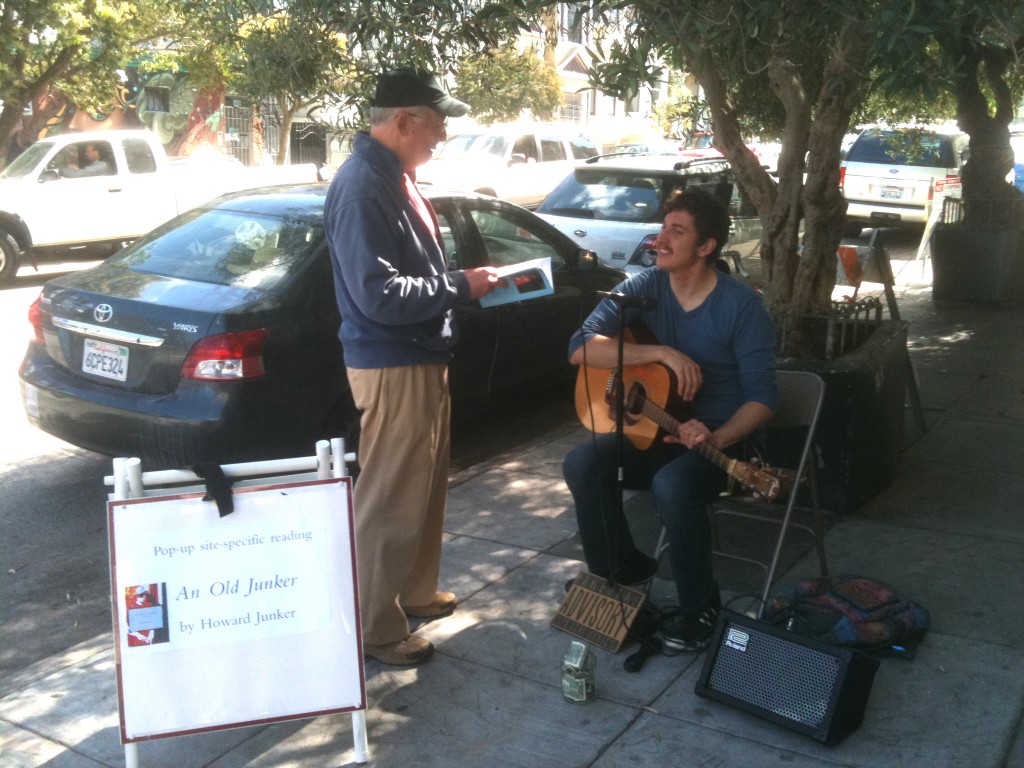 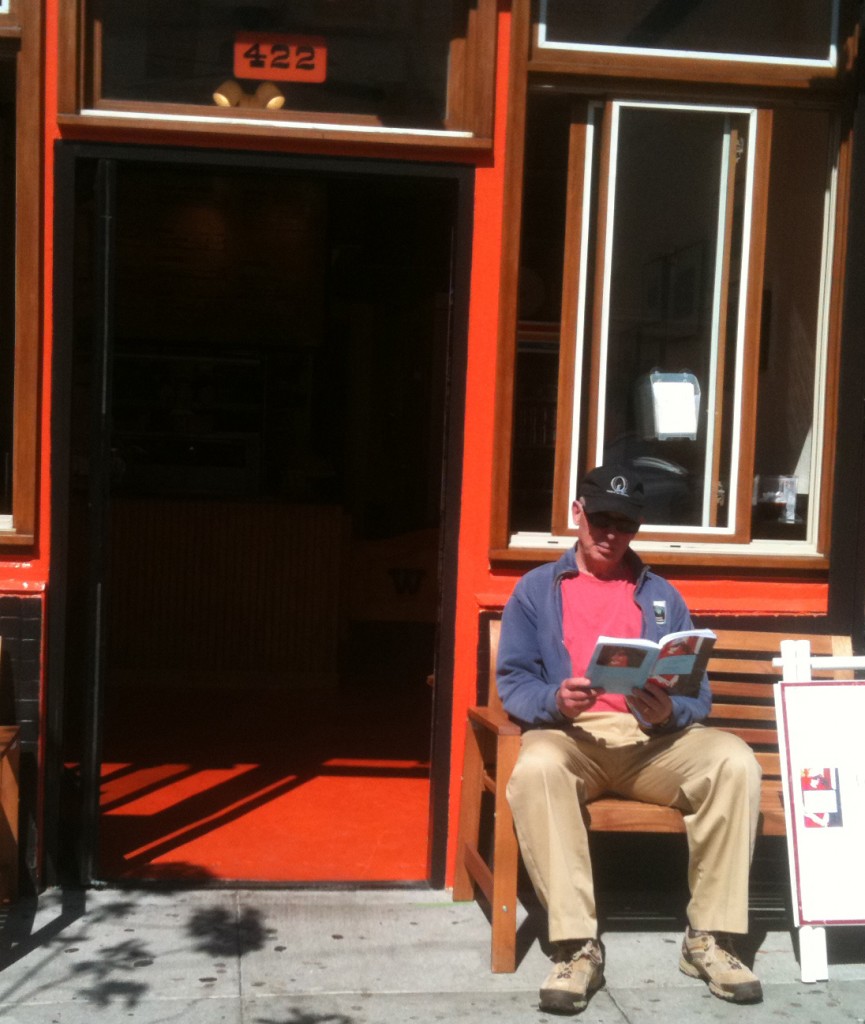