started at 11 a.m., at Omnivore Books, where I denounced foodieism, 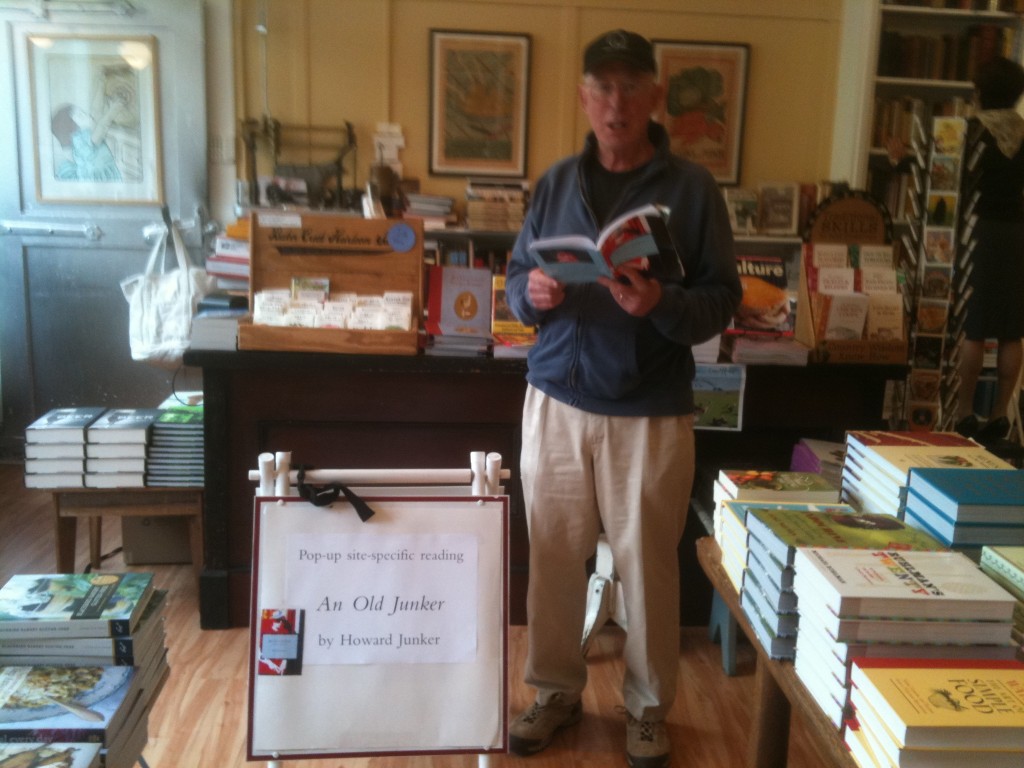 thence to Mission Branch, Public Library, where I read my take on Hard Times, 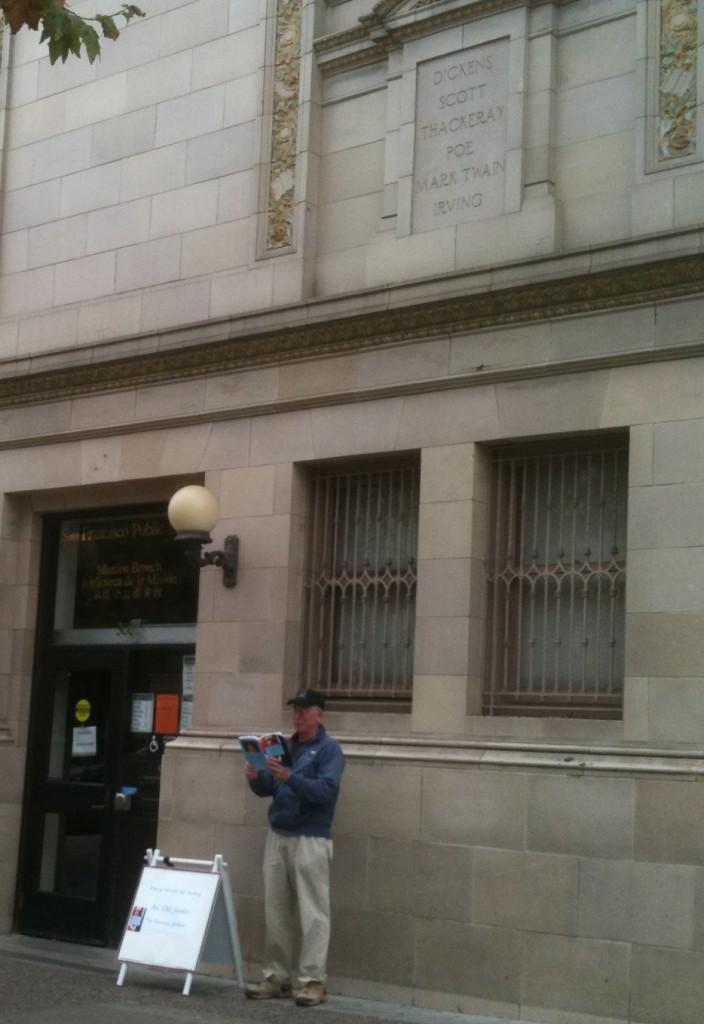 thence to Mission Pie for some banana cream, 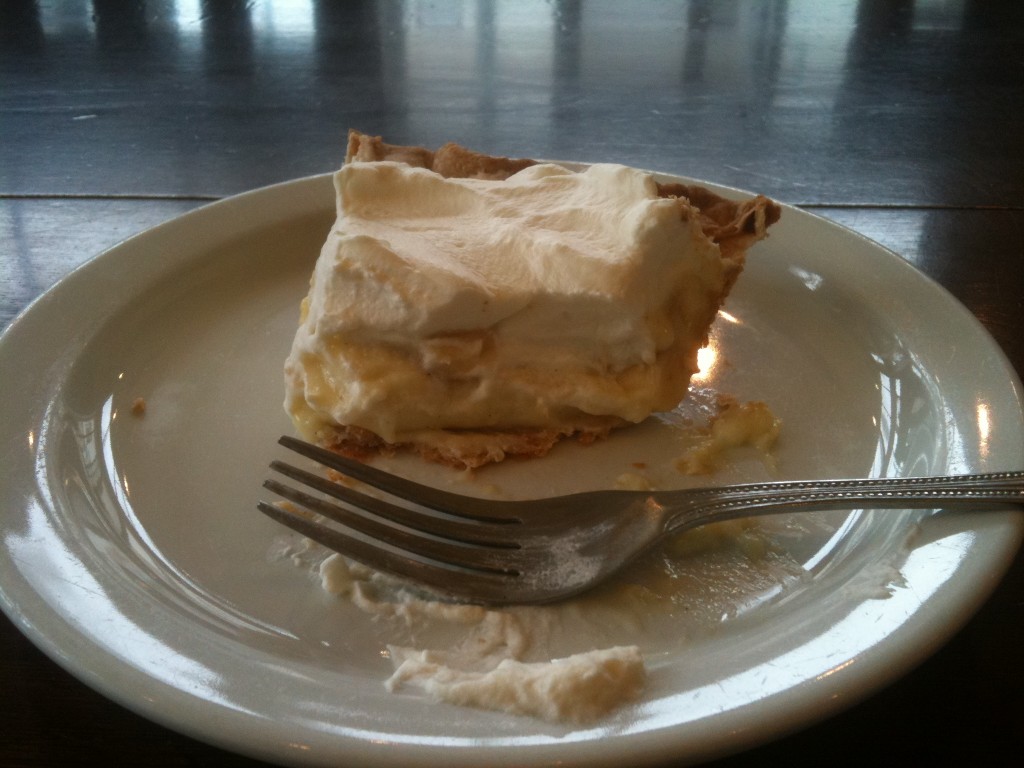 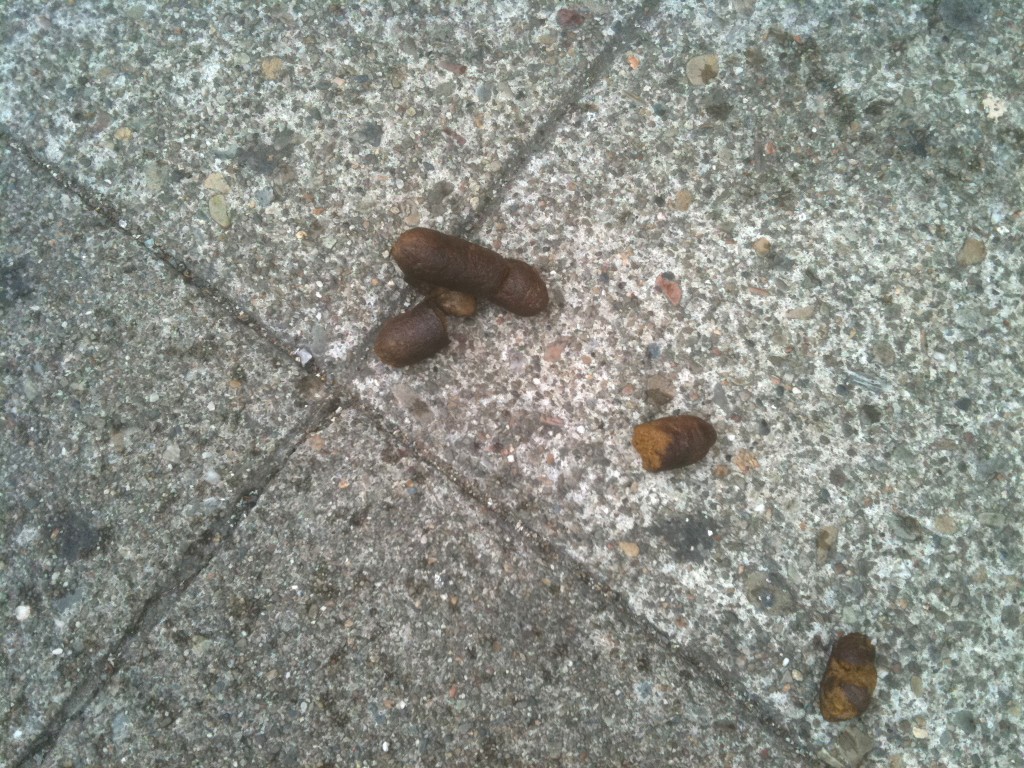 thence to UCSF’s Mission Bay campus at Serra’s Ballast [because it had started to rain, designer and old friend Tom Ingalls held an umbrella for me], 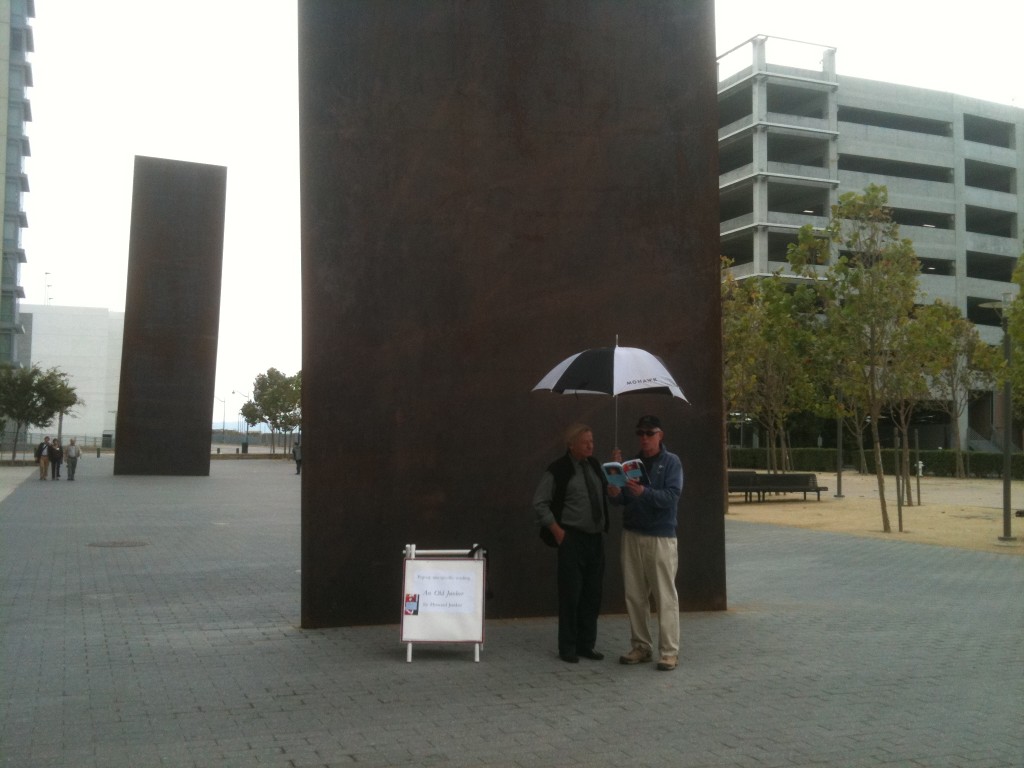 thence to di Suvero’s Sea Change, where I denounced The City’s outdoor sculpture in general, 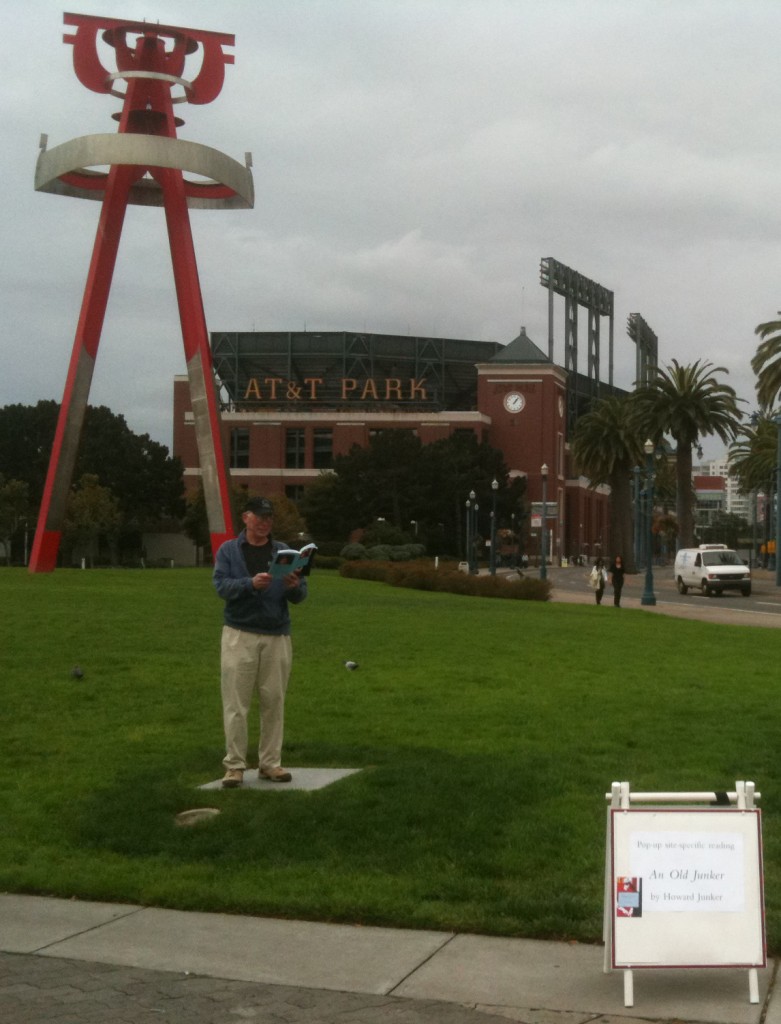 thence to Oldenburg’s Cupid’s Span, which I denounced in particular, 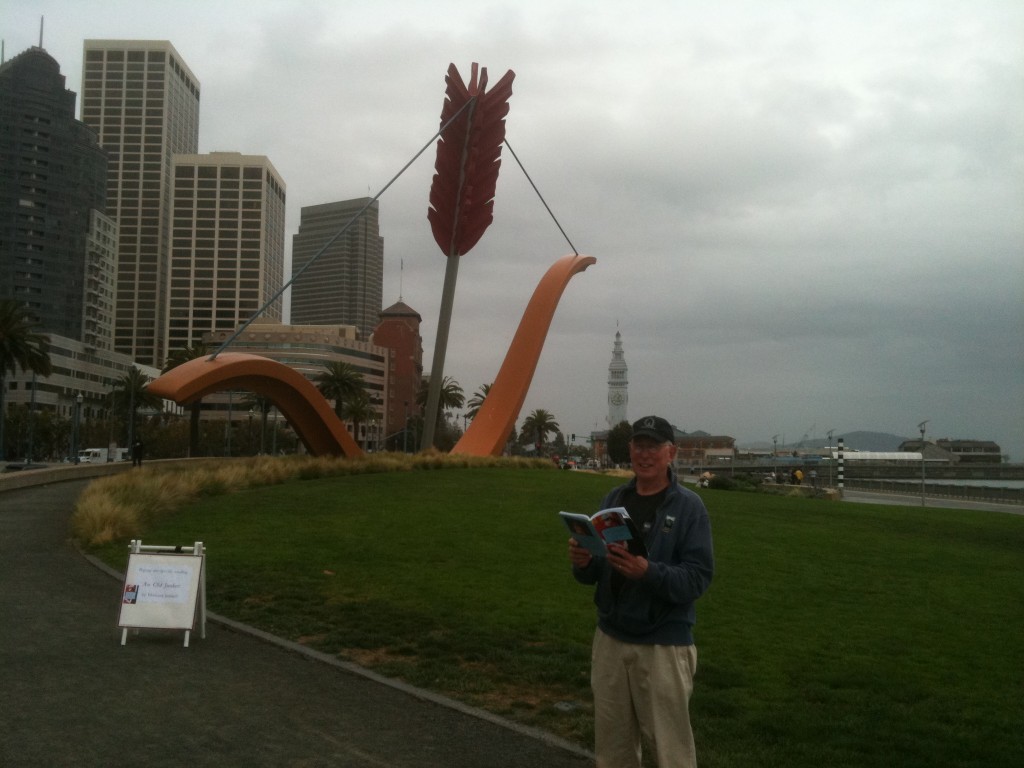 thence to GAP headquarters, where I ripped off a quick shot of Serra’s Charlie Brown, because I was afraid Security would kick me out, which is exactly what happened two seconds later, 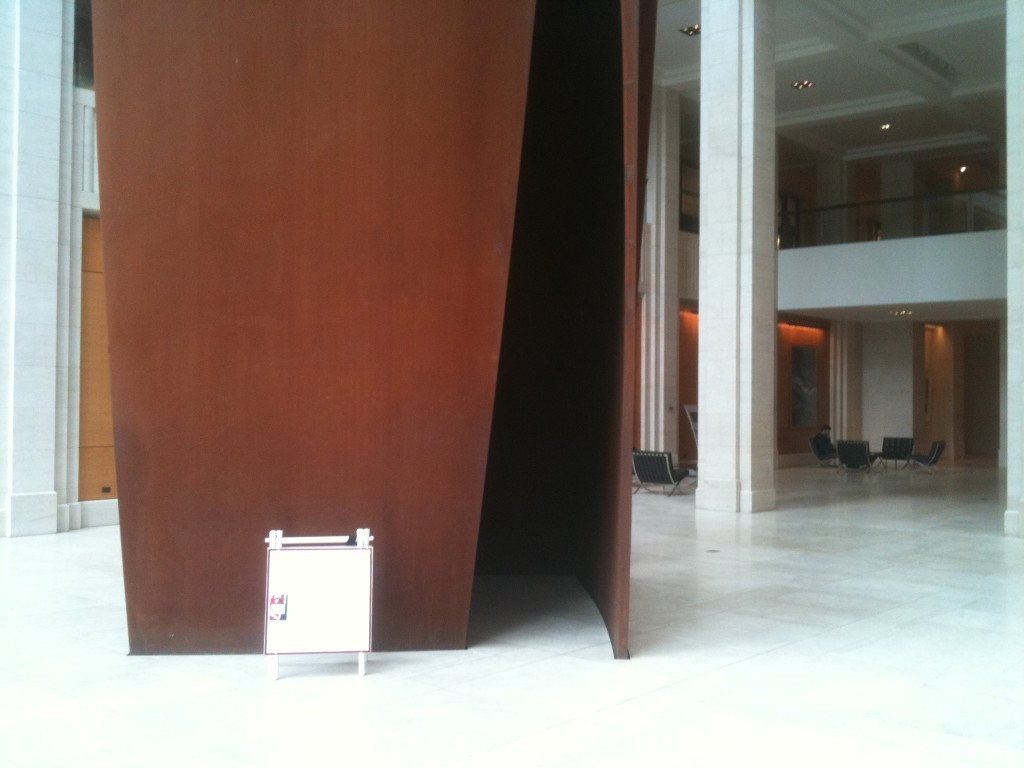 thence to The Beat Museum, where the clerk, Brandon, who’s reading in the LitCrawl on the 15th, told me that Kerouac hated the copy editing of The Subterraneans so much that Grove Press offered to rescind all their changes if he would change the locale from New York to San Francisco, which was the happening place,

and finally to City Lights, where I was pleased to find five copies I had not put there myself as part of a marketing stunt, even though this shelf was in the fiction section. 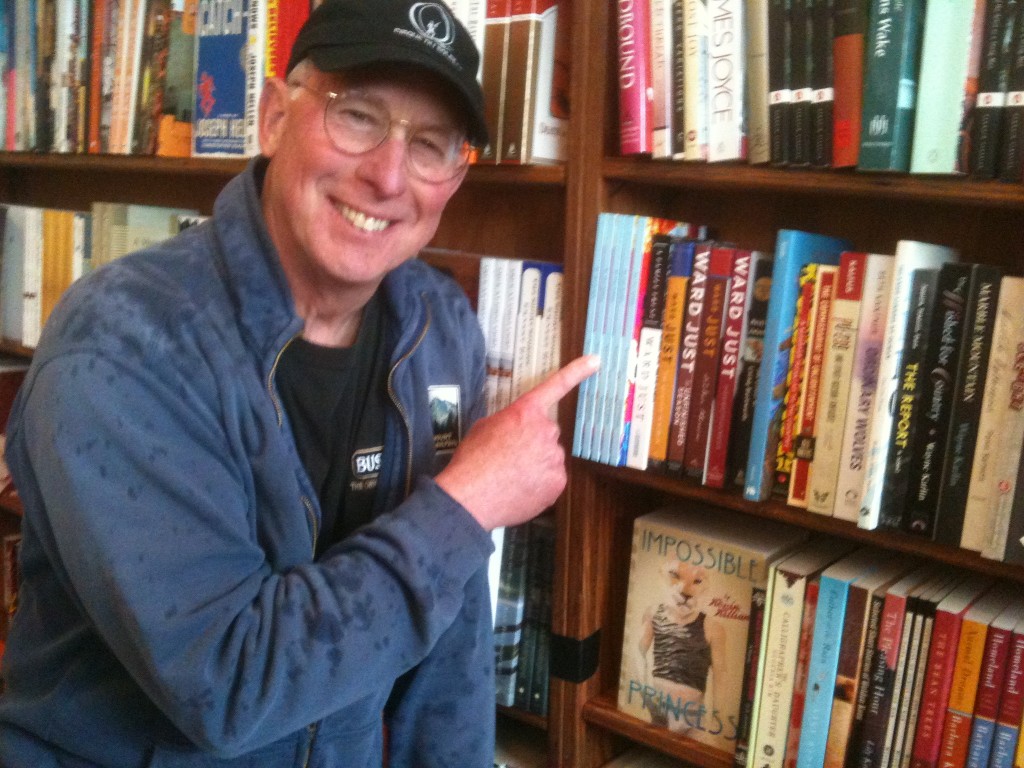